Located in the heart of Germany, Frankfurt Airport is an excellent place to begin your German vacation. It is among the busiest in Europe and is second in passenger traffic only to Paris Charles de Gaulle Airport. Known as the nation's transportation hub, you can reserve a seven seater car hire in Frankfurt to await the arrival of your group at Frankfurt Airport.

The airport offers many passenger services, including a public shower, Shopping Boulevard, and duty free shopping. They also offer free transport between terminals, via Free Sky Line shuttle trains. Free shuttle busses can also be found by the roadside outside each terminal. The airport has pharmacies and a 24-hour medical clinic in Terminal 1. There are various children's play areas and a buggy hire at the left-luggage offices in both terminals.

Book your Frankfurt car hire vehicle in advance and get the cheapest deals on 7 seater, 9 seater, luxury car and all types of rental car for collection in Frankfurt Airport.

For cheap car rental in Frankfurt, Germany book in advance with us. The best way to tour Frankfurt is with your own rental car, this allows you to move around more comfortably and avoid the hassles of public transportation. Our book engine on the right will find for you the cheapest car hire offers in Frankfurt Airport. 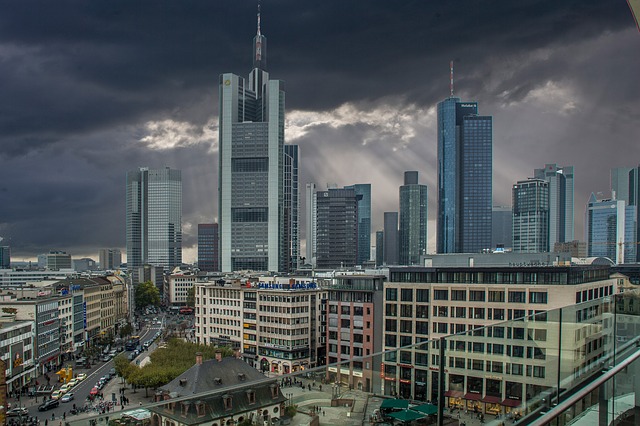 Saint Bartholomeus' is the main cathedral of the city. The impressive Gothic styled church dates back to the 14th century, and from 1562 to 1792 the emperors of the Holy Roman Empire were crowned here.

Have some fun with a friendly game during your vacation and feed your need for excitement: visit this sports facility complex for a myriad of activities in Frankfurt, no matter what the weather is like during your stay. Featuring high rope courses, golf, indoor climbing and bouldering, squash, and several other activities.

Set out in your Frankfurt car hire and spend an afternoon at Frankfurt's beautiful Botanic gardens. They host special exhibitions and events throughout much of the year and the admission is very affordable, especially if you have children in your group.

Take a beautiful daytrip to the historic city of Mainz along the Rhine River. This well preserved city is perfect for a day to slow down and have a nice stroll with your group along the Rhine.

Visit this ancient Roman fort, part of Roman 'limes'. This site is held as part of the joint UK/German UNESCO World Heritage site 'Frontiers of the Roman Empire'. Very educational and interesting and well worth the daytrip if you have time during your stay.

When traveling with children the Freizetpark makes an excellent stop full of culture, fun, and entertainment. Take the kids in your car hire from Frankfurt over to this outdoor amusement park, complete with animals, rides, and much more.