Although the island nation of Japan is well known for its over-crowded cities and various efficient forms of public transportation, a car rental is the best way to explore the more rural areas of the country.  While you you would surely find the traffic jams and lack of parking around Tokyo and other major cities in Japan to be more hassle than having private transportation was worth, a drive across the sparsely populated island of Hokkaido by car hire is one of Japan's most lovely summertime activities. 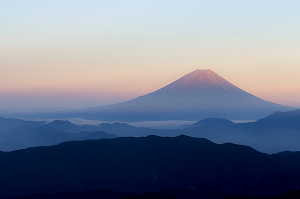 To reserve your car rental in Japan select a pick up location from the list below and complete the booking engine at the top of the page.  Although the list appears extensive and includes several major cities, availability may be very limited and driving a car rental may not be recommended in all areas.  In addition, an international driver's license or Japanese driving license is required for all drivers in Japan.

If you do plan to drive within a city by car rental in Japan you will need to budget for parking costs, which can add up, and make sure that your hotel or accommodations offer a parking space.  Outside the city however, a car rental is the best way to visit some of the most amazing sights of Japan, such as its castles, reconstructions and ruins, the many gardens of Japan, and various spiritual sites.  The best place to rent car in Japan for a castle tour is on the island of Shikoku, which has 4 of the "original" Japanese castles.  The reconstructed castles and other interesting ruins can be found in Osaka, Kumamoto, and even one interesting reconstructed castle in Hokkaido.  From Buddhism to Christianity, Japan has a wealth of spiritual sites.  Shrines and temples are literally everywhere and you will certainly pass a few during any tour of Japan by car hire.