The large island of north-western Europe known as Ireland is the perfect place to plan your next travel by car rental.  Though the land has been politically divided since 1920, both Northern Ireland, which is part of the United Kingdom, and the Republic of Ireland are part of the European Union and travel between the two by car rental is easy and common. 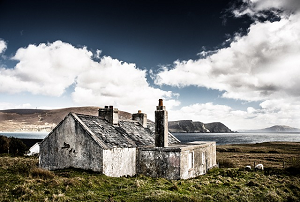 Begin your tour of Ireland with a car rental from Dublin International Airport, which serves the capital city and offers the most international connections of all the Irish airports.  Other major airports in Ireland are located in Shannon, Cork, and Knock in the Republic of Ireland, or there are three smaller airports located in Northern Ireland.  It is also possible to reach Ireland by ferry service from Great Britain or France.  You can reserve a car rental to await your arrival by ferry in Dublin.

Driving by car hire in Ireland is an excellent way to get around both inside major cities and throughout the countryside.  Like the United Kingdom, driving is done on the left side of the road and cars yield to the right on a roundabout.  Though speed limit signs in kilometers and road signs written in Irish might be confusing at first, foreign drivers should find the rules of the road and driving conditions simple and logical.

With a car rental in Ireland you can tour famous sites of the island, including the stunning castles and cliffs of Moher in the Shannon Region, the beautiful coastline and Blarney Castle of Southwest Ireland, or enjoy the major attractions in the vibrant Dublin metropolis.  To reserve your Ireland car rental online simply select your pick up location from the list below, then complete the booking form at the top of any page.