Costa Rica is a small, tropical country in Central America.  Bordering Nicaragua in the north and Panama in the southeast, "The Rich Coast" as it is called features long stretches of coastline on both the Caribbean Sea and North Pacific Ocean.  For its small size Costa Rica offers a wide variety of micro-climates and a diverse landscape to explore by car rental, from rainforests and volcanoes to pristine beaches and the urban centre of San Jose. 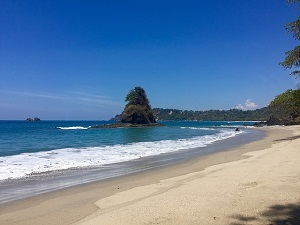 There are many things to see and do in Costa Rica, and most of them centre around biodiversity in one way or another.  Make it your mission to spot the tropical mammals such as monkeys, sloths, or the incredibly illusive tapirs or wild cats.  Costa Rica is home to an abundance of birds and on the seasonal migratory path of many more.

With 25% of the country being national parks and protected areas, there are many places you can go to observe abundant wildlife and lush vegetation.  Choose a 4-wheel drive Costa Rica car rental online for your time in Costa Rica so that you can be sure to make it to the wildest areas. 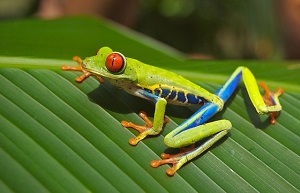 In addition to the wildlife Costa Rica has many beautiful beaches impressive volcanoes such as Arenal and Poas, majestic mountains, rivers perfect for water sports, and beautiful lakes.

Costa Rica is makes a great destination for relaxation or adventure.  There are many resorts and spas or beaches to lay back and rejuvenate.  When it comes to adventure you can hit the surf on the pacific coast, spend a day ziplining, mountain biking, wind surfing, white water rafting, kayaking, and even find a game golf. 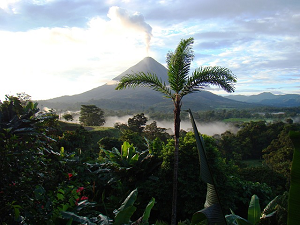 Most international travellers to Costa Rica will pick up their car rental from Juan Santamaria Airport in Alajuela.  Located near the nation's capitol, San Jose, it is also known as the San Jose Airport.  Costa Rica's only other international airport is the Liberia Airport, located in the Guanacaste region close to the beaches of the Pacific coast.  For tours through Central America you can also reach Costa Rica by car rental from both Nicaragua and Panama via border crossings on the Inter-American Highway.

Another popular way to get to Costa Rica from neighbouring countries is by boat, ferry, or cruise ship.  The boats that run from San Carlos, Nicaragua to Los Chiles, Costa Rica are relatively nice and very inexpensive.  Coming from Panama you can take a small cruise ship to Costa Rica which includes stops at National parks and remote beaches accessible only by boat along the way.  Reserve your Costa Rica car rental to await your arrival in Los Chiles, or pick up a car hire at any of the international ports.

For navigating the dirt, gravel, and rock roads that are common throughout Costa Rica it is highly recommended to book a 4x4 car hire.  CarHireX.com has the lowest rates on 4x4 car rentals, economy car hires, and luxury cars in Costa Rica.  Begin your reservation by selecting a pick up location from the list below.  Next, complete the booking engine at the top of the page with the rest of your travel details and enjoy the best car hire deals in Costa Rica.