Congo, the Democratic Republic of the 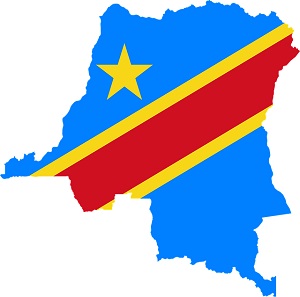 Begin your tour of the Democratic Republic of the Congo with a car rental from Kinshasa Airport.  The capital of the country and the nation's only port, Kinshasa has connecting flights to Europe and a few destinations around Africa.  Although it is possible to take a bus between Uganda and the Democratic Republic of the Congo, it is not very likely that providers from these countries will allow you to make the journey by car rental.

The available car rental locations in the Democratic Republic of the Congo are limited to the cities of Kinshasa and Lubumbashi, and are primarily chauffeur-driven car rentals.  This is due to many reasons, but primarily because the Congo has very few paved, all-weather highways, and only slightly more gravel highways and earthen tracks.  A great deal of transport in the country is via the extensive network of natural waterways.

CarHireX.com has the cheapest rates on your next car rental in Kinshasa or Lumbumbashi, Democratic Republic of the Congo.  Simply select a pick up location from the list below and proceed with your car hire reservation.