Bordering the Republic of Congo, the Democratic Republic of the Congo, Mambia, and Zambia; the country of Angola is a great place to stop by car rental on your tour of Central Africa.  Rainforest, great rivers, savanna plains, beautiful coast, and arid regions make Angola a diverse attraction on your car rental journey. 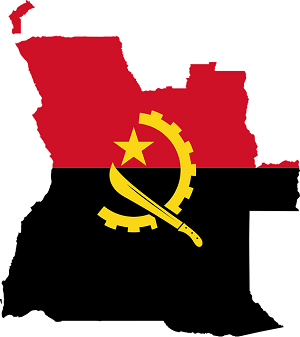 Angola is easy to reach internationally through Quatro de Febereiro Airport in the country's capital of Luanda.  Regular connections are offered from major cities such as Moscow, Paris, London, Madrid, and Amsterdam, as well as most major cities in Africa.  Pick up your Angola car rental from Luanda Airport and enjoy your own private ground transportation through the country's attractions.

Some relaxing destinations by car rental in Angola are the Alto Hama hot springs in Huambo, the Conde Hot Springs and Cachoeiras in Kwanza Sul, or the beautiful beaches of Baia Azul in Benguela.  Other top attractions include the river ways of Angola, which feature a number of waterfalls including the Kalandula Waterfalls in Malange, Ruacana Falls in Cunene, and Binga Waterfalls in Kwanza Sul.  Take your time and enjoy the scenic stretches of road between these stunning natural locations with a cheap car rental from Luanda Airport.

Things to buy in Angola include fresh fish and lobster, handcrafts, and jewelry.  The jewelry here can range from diamonds and gold (Angola is one of the worlds top diamond mining countries), to handmade paper beads and colorful costume jewelry.  Popular handcraft souvenirs from Angola are batik cloths, sculptures and paintings.  Although the country doesn't have a great variety of restaurants, it does have an abundance of fresh, tropical fruit, fresh fish, and a delicious local cuisine.

Reserve your car rental from the airport in Angola by completing the booking engine at the top right of this page.  We will offer you a selection of the best car rental vehicles in Angola for the lowest rates.