Experience one of the top tourist destinations in the Middle East with a car rental in Lebanon.  The small country of Lebanon is bordered by Syria in the north and east, has a short border with Israel in the south, and features a long stretch of Mediterranean coast to its west.  Three of the world's oldest continually populated cities are located in Lebanon; Beirut, Byblos, and Sidon, providing endless historical and natural attractions to explore by car hire during your stay. 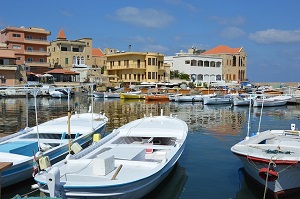 Pick up your car rental from Beirut International Airport, the country's only international airport, primary gateway, and only port of entry for tourists.  Located in the nation's capital city of Beirut, the Beirut Airport offers frequent connections throughout the Middle East, as well as several connections to major European cities including London, Milan, Nice, Paris, and Rome.

Car hire prices in Lebanon can be expensive compared to other Middle Eastern destinations, so it is recommended to secure a low rate online through CarHireX.com before your stay.  A 4x4 car rental is the best option for handling the roads of Lebanon, which can be riddled with potholes, mountainous, but incredibly scenic.  With the freedom of a car rental in Lebanon you can enjoy the most the country's rich, natural beauty, and expect a single route to pass through mountains, valleys, and beautiful beaches.

Though traffic can be tough around the major cities in Lebanon, don't miss the beauty and intrigue of cities such as Beirut and Byblos, the roman ruins of Baalbeck, or the ruins of Omayyad city in Anjar.  In addition to a long coastline with several beautiful beaches Lebanon features a number of other natural wonders, including the Jeita Grotto, which combines all the natural elements with a touch of culture in one fantastic tourist attraction.  Reserve your Lebanon car hire by selecting a pick up location from the list below and completing the booking engine at the top of the page.