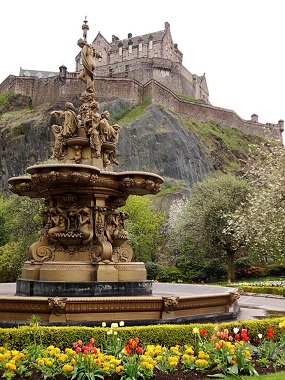 Head to Princess Street in the city center for every kind of shop, from souvenir stores to institutions like Jenners. More serious purchases such as Louis Vuitton, Emporio Armani, Mulberry, and Calvin Klein can be found on St. James Centry, at the eastern end of Princess Street and George Street. Cruise the high fashion and care for your purchases in a car hire from Edinburgh, Scotland.

Other notable galleries include the Fruitmarket Gallery which offers world class exhibitions of contemporary art as well as featuring both emerging and established international reputations.

The Museum of Scotland

An entire museum dedicated to the people, history, and culture of Scotland. Located on the intersection of Chambers Street and George IV Bridge in Central Edinburgh. The building itself is clad in Golden Moray sandstone, which one of its architects called "the oldest exhibit in the building."