Get into the capital and largest city of Honduras with a cheap car rental from Tegucigalpa Toncontín International Airport.  Located just 6 km from the center of Tegucigalpa, Toncontín is a very nice and modern airport.  It offers frequent connections to major international airports in the United States, such as Miami, Atlanta, and Houston, as well as several convenient connections throughout the Americas.

Called one of the world's most dangerous airports due to its location in the mountains of Honduras, efforts to reroute the bulk of the country's international flights through the Soto Cano Airport in Comayagua were not successful because it is so far away from the major business center of Tegucigalpa.  In 2008 and 2009 a number of improvements were made to make landing in the airport safer for the large, international aircraft.  The Toncontín Airport is still the most convenient international gateway for business travelers to pick up their car hire in Tegucigalpa.

The city of Tegucigalpa is sprawled out over the scenic mountains of Honduras.  Said to be set back 50 years by the devastating Hurricane Mitch in 1998, Tegucigalpa maintains a certain rural feel though it is a fully modern major city.  A 400 year history as a mining center has left the city with many an interesting old stone street, historic building, or beautiful colonial neighborhood, though these places are not so celebrated and easy to find unless you explore on your own by car rental.

Enjoy a peaceful afternoon by car rental in Tegucigalpa by car hire with a visit to Parque de la Paz, or the Park of the Peace.  Offering one of the greatest panoramic views of the city and its mountainous backdrop, the park features the Honduras Peace Monument. 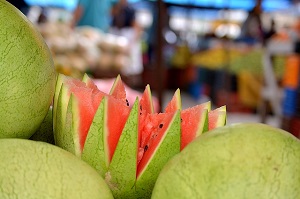 Experience the true, traditional way Hondurans do their shopping.  You can find everything under the sun in the 16 square blocks of the San Isidro Market in Tegucigalpa, down by the river.  While the city does have a few excellent and shopping malls with great prices, you won't be able to beat the deals and variety of Market Shopping at any major retailer in the city.

Full of picturesque Spanish Colonial architecture, take a trip north of Tegucigalpa by car rental to the former capital city of Honduras, Comayagua.  Visit the town's famous historical central square, which features the Cathedral of the Immaculate Conception, and enjoy a nice lunch at one of the quaint restaurants near the town centre.

After you enjoy the colonial buildings and streets of Tegucigalpa and other remnants of the country's recent history, plan a trip by car rental from Tegucigalpa Airport to Copán to delve a little deeper into the country's past.  There you will find one of the greatest centers of Maya civilization dating back to more than one thousand years ago.  Copán has some of the greatest examples of Mayan ruins and pre-Columbian art found anywhere.

Take a day trip by car rental from Honduras, the largest country in Central America, to its little pacific neighbor El Salvador, the smallest country in Central America.  As if all the people and features of a much larger country were condensed into a corner, the little land of El Salvador is home to more than 6,500,000 people, 25 volcanoes, 14 lakes, and 4 major cities!