There is more to see in the UK besides the city of London.  Fly into Manchester Airport, seeing the most passengers of any airport in the country outside the London region. Manchester Airport runs non-stop scheduled flights to destinations around the world. Located 13.9 km southwest of Manchester city centre its just a short drive by Manchester Airport car hire.

The airport is a 20 minute drive from Manchester city centre via the M56 motorway, with a dedicated approach road from the motorway at junction 5.

For car rental in Manchester Airport find counters for main car rental companies in every terminal in the airport.

Book your Manchester car rental vehicle in advance and get the best discounts on 7 seater, 9 seater, luxury car or any other type or rental car to make your stay in Manchester easier and more comfortable. User our search engine on the right to find the cheapest car rental deals for collection in Manchester Airport. 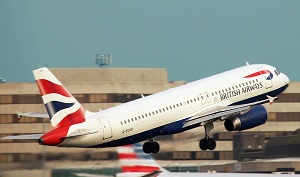 Visit Exchange Square in the Millennium Quarter for a ride on this giant ferris-wheel.  This is the best way to get a view of Manchester from an elevated height.  You can even select the extra luxurious gondola which comes with champagne for a romantic ride.  This is the perfect way to see the city and plot your next sight-seeing tour through the streets by Manchester, UK car hire.

Known under this name since Medieval times, Castlefield is the site of the original Roman settlement Mamucium. The walls that still stand over two meters high date back to the 16th century, and the area is like a small country oasis in the heart of the city.  Castlefield is host to regular events and has a handful of great pubs around its canals and neighbouring streets. It is the only place to see wildlife in Manchester's centre.

Located in the Millennium Quarter near Harvey Nichols, Urbis, and Victoria Station, this is the widest cathedral in England. Manchester Cathedral features important carved choir stalls and pulpitum. The Cathedral's Visitor Centre was recently finished, and it provides a more intimate experience for newcomers to the cathedral.

Hidden in the back of the House of Fraser (Kendals) Department Store is one of the greatest forgotten little gardens. Follow to the right of 20 St Mary's Parsonage up to the side of the gardens. A perfect spot to come and relax with a good book, or climb the observation platform for an excellent view of the River Irwell. This may be the best spot to snag a photo of the Trinity Bridge, and everyone will wonder how you got that vantage!

There is plenty of shopping to be had in town, but for a nice day trip in your car hire Manchester, UK head out of to this huge shopping centre. Designated the Temple to Consumerism, it has its own branches of Selfridges, Debenhams, and the best of Greater Manchester's two John Lewis stores. Spectacular inside and out, look for the biggest chandelier in Europe near the Great Hall.

The Trafford Centre also has one of the best cinemas in town which has even hosted some UK premieres in the past. Visit the nearby supermarkets and DIY outlets, and make your way back to your hotel with everything you could ever want to buy in Manchester!

Previously known as 'The Playground of England', Blackpool is often host to a wild night out and favoured by Stag and Hen parties. Here you can find some fantastic gay clubs, the busiest theme park Pleasure Beach, and the famous "Lights" from the end of August to the first weekend in November.  Hop in your cheap car rental Manchester, UK and spend the day seaside at Blackpool.